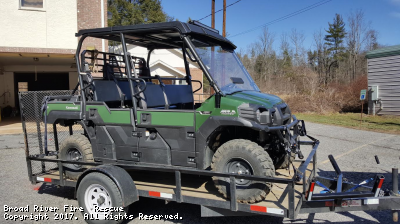 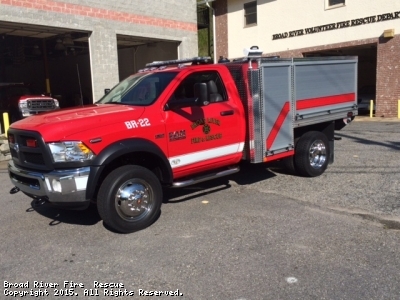 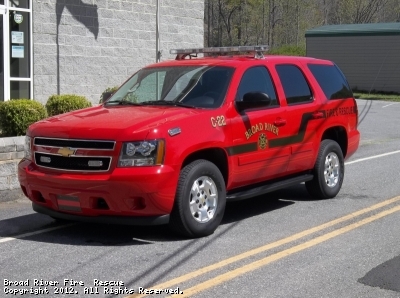 2012 Chevrolet Tahoe
Vehicle is utilized as a Quick Response Unit. It carries numerous pieces of equipment as well as medical supplies, defib unit, and incident command supplies. This unit responds to all major alarms while also greatly reducing response times rather the station is staffed or not. Rapid on scene time allows for earlier medical care, scene size-up, and to cancel or request additional resources. Personnel assigned to this unit serve in the capacity of IC as Chief 22 until a higher ranking officer arrives relieving them. Granted there are areas we serve which have longer response times, the QRV has proven to allow for an average 6 minute response including nights and weekends when the station is not normally staffed.
E22 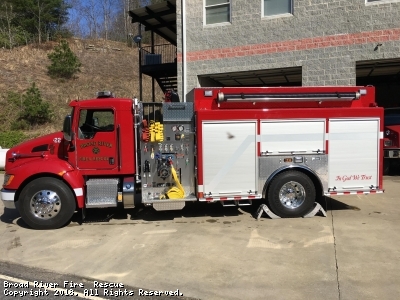 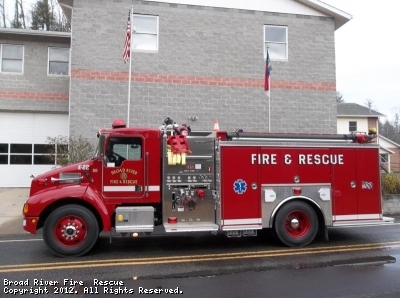 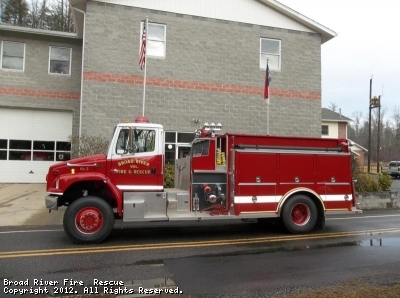 Responds second out to fires, may be used to establish a water point, structure protection during wildland fires. Apparatus being 4WD allows it to reach more remote areas.
Engine 22-4 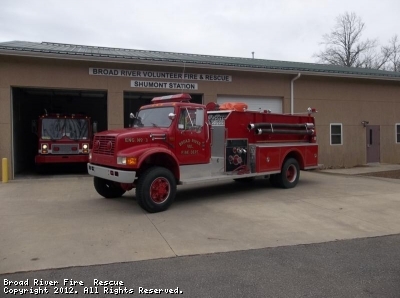 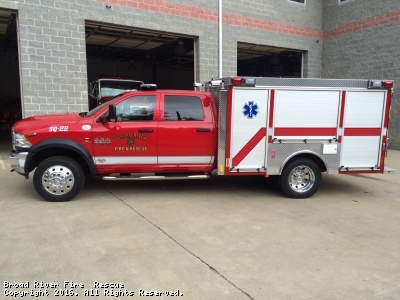 "To provide professional fire & emergency medical services to the Broad River Community, our neighbors, and all those who visit."

Copyright © 2006-2021. YourFirstDue Inc. All Rights Reserved. Designated trademarks and brands are the property of their respective owners. Content on this web site is supplied by Broad River Fire Rescue. YourFirstDue Inc. cannot be held responsible or liable for any content, text, pictures, or any other media found on this web site. Maintained by the members and staff of Broad River Fire Rescue.
Management Login
Powered by